IoT: A Groundbreaking Technology that Will Reshape Our World as We Know It

IoT has emerged as a groundbreaking technology that has the potential to reshape our world. Although it’s still in its infancy stage, its adaptability, ingenuity, and rate of expansion are overwhelming.

Although it might seem surreal, nowadays there are more IoT connected devices than people living on this planet. It’s projected that by 2020 the number of IoT devices will be over 50B. And the proliferation of IoT is fueled by advances in the fields of AI, Big Data, and the plummeting costs of computing, storage, and connectivity.

The term “IoT” is defined as a network where a wide array of devices and appliances are connected to the internet for control and monitoring. In a nutshell, the IoT is like a connected ecosystem where the devices are able to communicate with each other, and of course, with us. 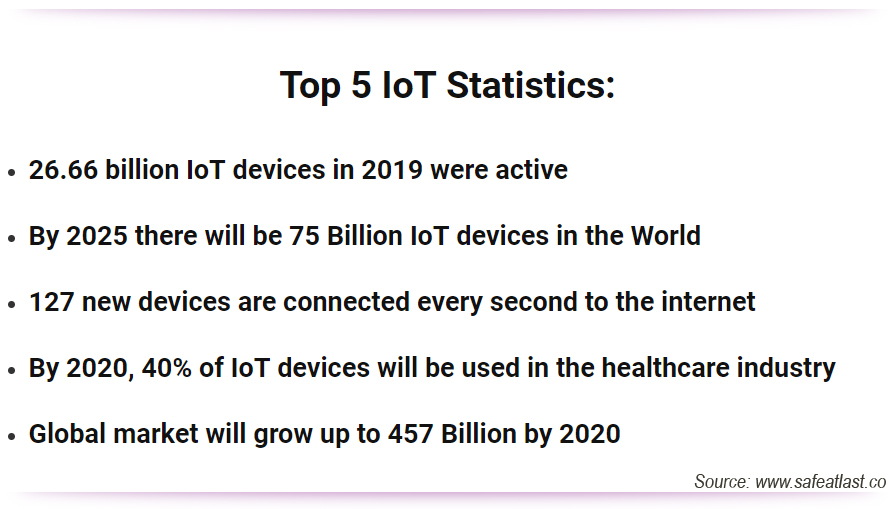 It’s still impossible to predict specific technologies or innovations that may arise from IoT, but we can estimate that IoT will help streamline the workflow in various industries. Just imagine how much money can be saved from unnecessary clinical costs and operational inefficiencies in the healthcare industry – $100 billion is the estimated number.

According to many predictions and estimates, the biggest user of the IoT is the manufacturing industry. Over 40% of all IoT deployed devices are used to obtain diagnostic information about equipment, to control robotic machinery, and deliver real-time information about the supply chain.

US citizens seem rather optimistic about the notion of creating a connected world. According to statistical data from the infographic published by SafeAtLast, one-fifth of all American consumers will own a smart device by the end of 2020.

The future of the IoT is still uncertain, but it’s safe to assume that when this groundbreaking technology reaches its fullest potential, it will bring a major shift in the way we live, work, and entertain ourselves. If this story managed to tickle your imagination, you should check out the rest of the infographic below. 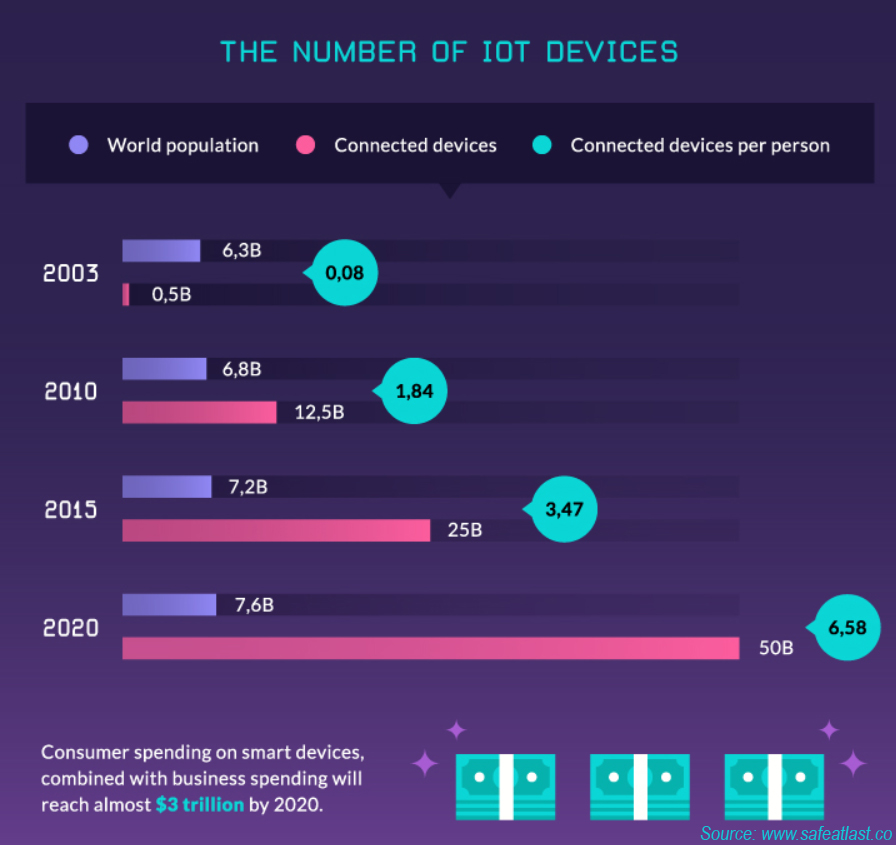 0
0
Share Now
About Ana Bera 1 Article
5’3 ray of sunshine and chocolate addict. As the Head of Marketing and Content at SafeAtLast, she uses every opportunity she gets to learn from others and then share the knowledge and generate fun and informative content. She is a Toronto born world traveler, hungry for knowledge and ready to make a difference in the marketing world.